5-hour energy is the Wizard Oil of the 21st Century 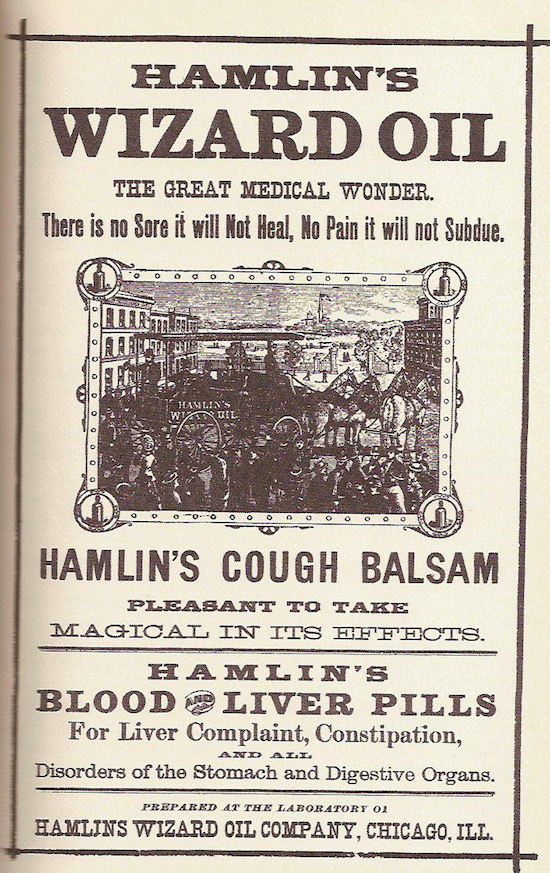 5-Hour Energy snake oil now comes in even more convenient, even smaller ("portable") bottles with the same amount of energy (zero) you've come to expect in the classic size.  So here's all the energy-boosting capacity of a caffeine pill at roughly 2000 times the cost!  Come and get it, idiots!

Meanwhile, the who guy became a billionaire by generating and marketing this nonsense  has now launched a new venture- the Free Electric System.  He wants to put an electricity-generating bicycle into every home so that everyone can produce their own "free" electricity- everyone who is willing to break the Law of Thermodynamics, that is.   You see, Stupid People Who Think This is an Awesome Idea, there is really no such thing as "free energy."  To "create" energy by peddling a bicycle, you have to CONSUME energy first.  So, in fact, you aren't "creating" energy at all- you are just transfering the energy from sugars to electricity.    You have to eat food to do that.  So the electricity you are "creating" is hardly "free."  Get it?

This guy hopes you don't, and he's probably right.  After all, he sells millions of little bottles of Practically Nothing at what breaks down to about $40 per gallon.  For the same amount of caffeine as you find in a typical cup of coffee and a trace amount of vitamins.  Because, as PT Barnum allegedly once said, "nobody ever went broke underestimating the intelligence of the American public."
Posted by John F Jamele at 6:04 AM